2.  Prescriptive analytics – Next release of Alteryx to support optimizations & simulations out of the box with a few clicks. Traditionally you would need a data scientist for this, now all i need is Alteryx. Good news for the layman like me.. 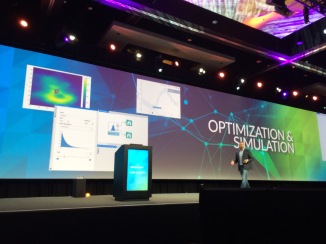 Want to know where is the best time to Surf in San Diego ?

George Mathew and Cam showcasing the power of using time series and spatial data to see where is the best time to surf in San Diego! 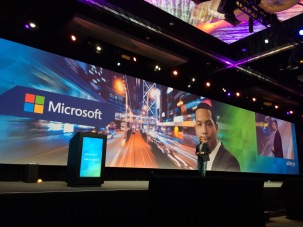 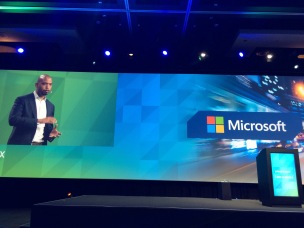 I could not believe how easy it was to use machine learning in Azure! Literally it was 3 clicks to drag and drop sentiment analysis in Alteryx. Unbelieveable..

Applause from the Alteryx ACEs! 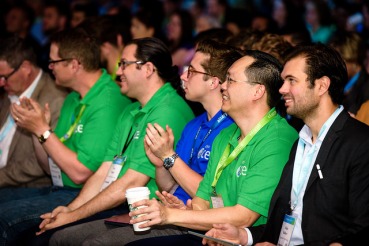 Don’t be  chicken! Use Alteryx..

Back at the solution centre I had the privilege of meeting Linda Thompon who is the development manager for alteryx engine. A lot of the functionality you see in alteryx today is done by her team. It’s great to be able to give direct feedback to her and the team to help improve the product in the future.

For those new to predictive, I was lucky enough to attend Dr Dan’s session on predictive district. The key takeaway is that remember to check out the predictive district on public gallery where there’s so many more predictive tools to suit your needs. Please before you start coding any model check this out as it may have already been done for u! 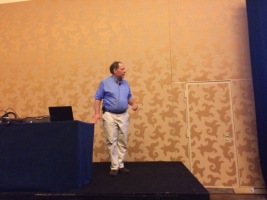 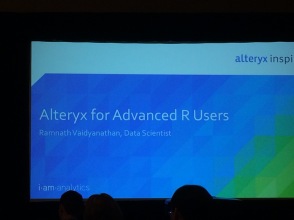 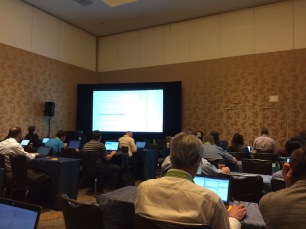 Great session as Ramnath showed us the tips and tricks of coding in writing portable R code (between R studio and alteryx). Alteryx to R to Alteryx made easier!

The great thing about being trained in the US is that they focus a lot on the concepts and explaining why you are doing something rather than following a recipe!

Next Alteryx inspire is at Las Vegas!! See u all then